Skip to content
Date: February 23, 2010Author: charliehaldeman 0 Comments
Every broadcaster has a certain style. Some show theirs in the way they talk. Others demonstrate theirs as in their look. Retired WFAA 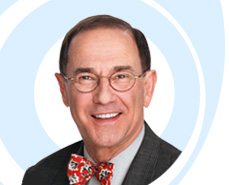 weathercaster Troy Dungan was famous for his bow ties. The late Marvin Zindler at KTRK in Houston adorned himself with unique blue glasses and flashy white suits. Other broadcasters show their style with phrases and use them often.

I haven’t really been anchoring very long. At least in any permanent capacity. In my present job, I’ve only been on the desk for a little more than 3 years. Before that, I co-anchored a morning newscast for around 11 months. Once I was promoted to the night shift, I figured why not start and end every newscast the same way. The news should be different from day to day, but the format should be somewhat familiar to your viewers. After all, you’re guests in their homes when they watch.
“Hello there, I’m Charlie Haldeman…” is how most every top story script will begin, followed by a similar salutation from my co-anchor. The broadcasts conclude with a longer salute, “For David Reed, Maureen Kane, Steve LaNore, and everybody behind the camera, I’m Charlie Haldeman. We thank you for joining us. Good night.”
I’ve been surprised people actually pay attention to those sentences. Even though it was my own adapted style, I never imagined people would come up to me later and give me compliments (or ridicule). To my amusement, both have happened with equal passion from messengers.
I started the whole “Hello there,” after listening to some journalists say “Good Evening” or “Hello friends.” And as innocent as it may sound, I actually borrowed the “Hello there” phrase.
Before I was born, a man named Earl Henshaw used to advertise on Texarkana television. I believe he owned a furniture store. In addition to this business, he was also a well-known leader of a gospel quartet on local radio. My parents used to imitate Henshaw’s greeting at times, long after the commercials stopped airing. “Hello there, I’m Earl Henshaw,” was his signature greeting. My father even introduced himself to my mother when they first met, “Hello there, I’m Earl Henshaw.” My mother never forgot it. (No, that wasn’t/isn’t his real name).
I suppose the whole “Hello there” greeting is more of an inside joke than anything else.
The longer goodbye salute is no more than a tip of the proverbial hat to those dozen or more staff members you never see or hear from during the course of a broadcast. After all, to partially quote Walter Cronkite’s farewell at CBS, we are but the most conspicuous of a superb team. I always thought they deserved some credit since on-screen credits were dropped from newscasts long ago.
To recite the short list of anchors on the desk is also a silent tribute to longtime Houston anchor Dave Ward, who continues to do this every night. You can see the KTRK newscast open & Dave’s signature close here. I added the “and everyone behind the camera” as that extra tribute to our crew.
Just like borrowed clothes, I suppose you can borrow phrases, traditions, and anything else. Originality doesn’t have to be your only source for a style.